Michael L. Oddenino has portrayed Patrick Henry for many years. He has performed in front of audiences at various locations throughout the United States and the Caribbean.

Groups and schools find Michael L. Oddenino's reenactment of Patrick Henry's speech with the accompanying historical explanation to be riveting and inspiring. Feel free to read some of the comments by students who enjoyed the experience. Some students even make drawings of Patrick Henry after experiencing his speech.

Please see the photos and captions below of Michael as Patrick Henry! To arrange for Michael to speak at your organization, contact: host@patrickhenrylive.com

Patrick Henry at at FreedomFest 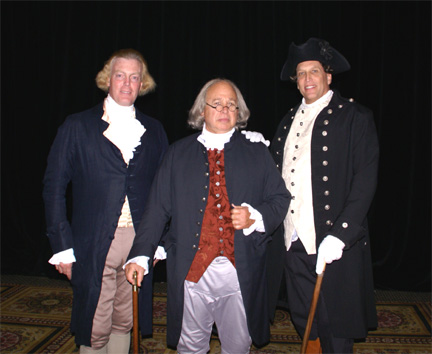 Performing on the Las Vegas Strip at the Paris Hotel, Michael joined fellow interpreters Bill Barker as Thomas Jefferson and Christopher Lowell as Benjamin Franklin at the FreedomFest conference.

You may see Michael as Patrick Henry debating Thomas Jefferson (Bill Barker) at these YouTube links:

"Michael Oddenino was a hit at our conference, FreedomFest, in Las Vegas. A thousand attendees were thrilled by his powerful, engaging voice... and he didn't miss a beat when asked tough questions from the audience. He even looked like Patrick Henry. I had goose-bumps when he delivered Patrick Henry's most famous speech, "Give me liberty or give me death!" -- Mark Skousen, Producer, FreedomFest 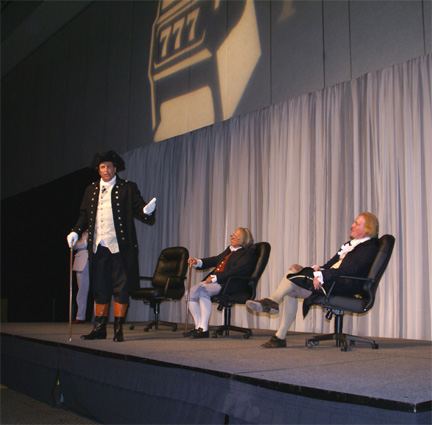 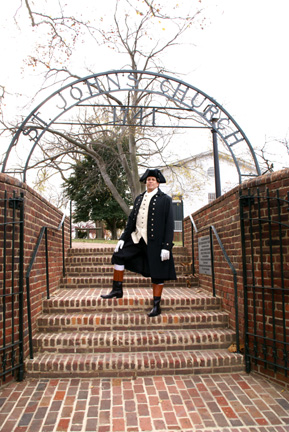 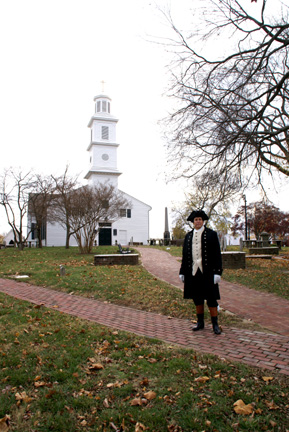 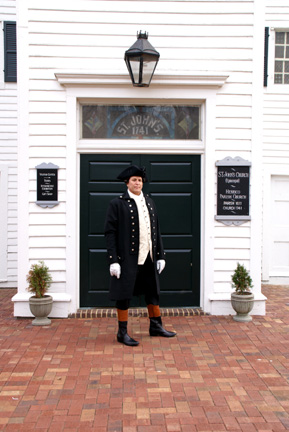 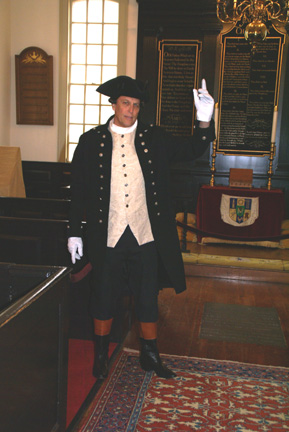 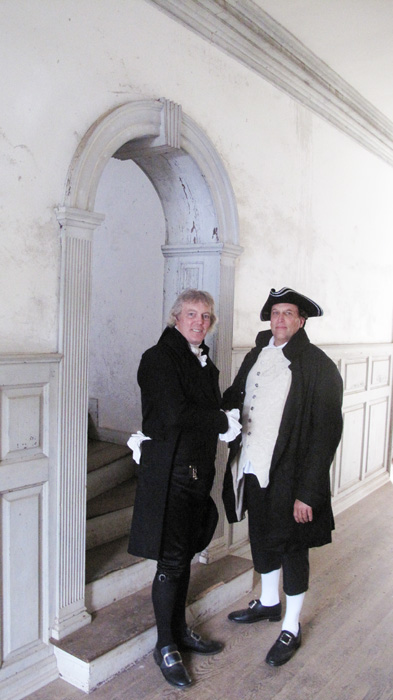 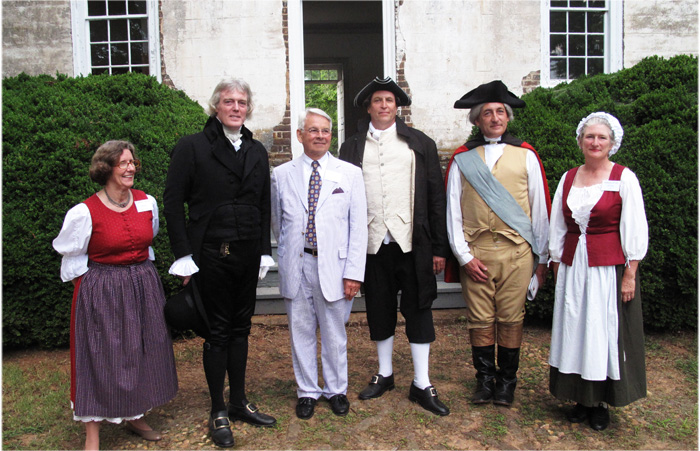 Katharine Brown, Thomas Jefferson, Frank Turnage, Patrick Henry, George Washington, and Kathy Ellis at historic Salubria. Why is that guy in the blue dressed so funny? 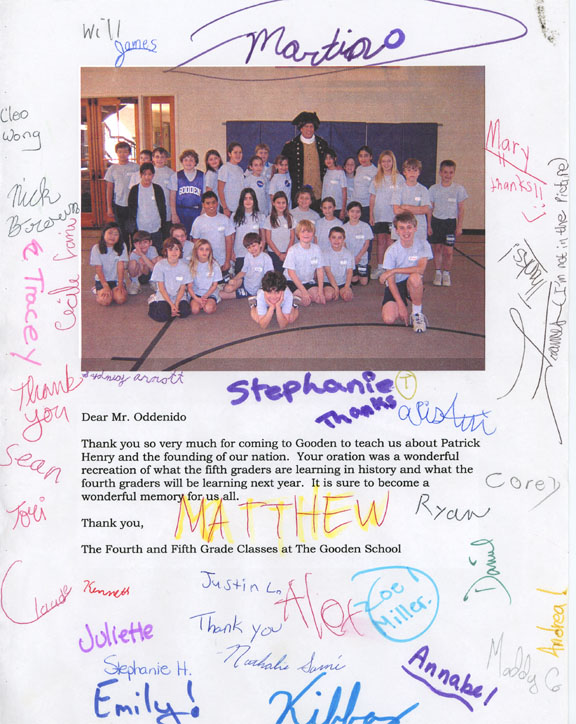 Michael and students at the Gooden School in Sierra Madre, California. 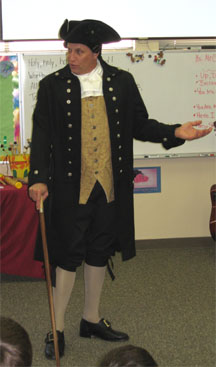 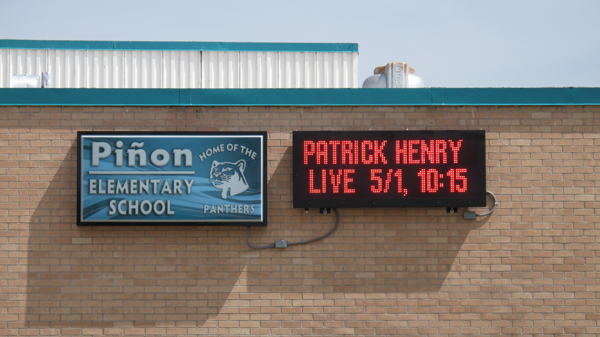 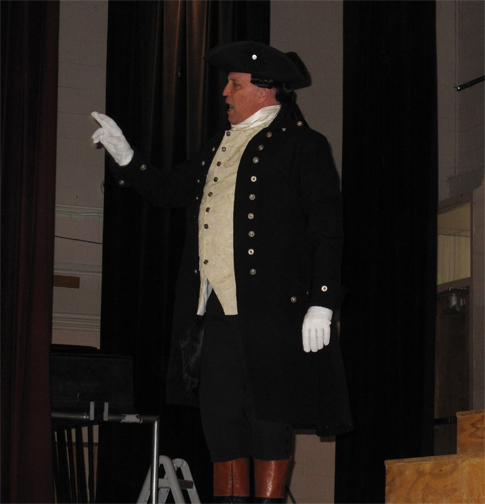 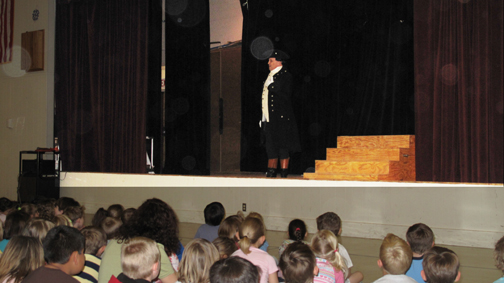 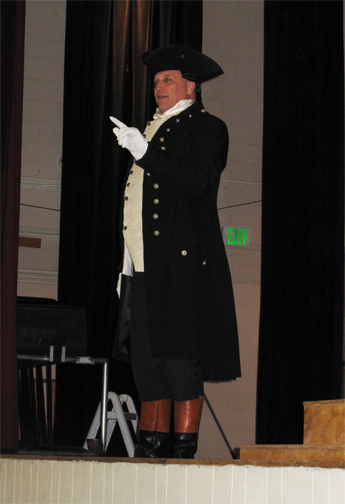 Students enjoy being transported back in time by this historical speech. 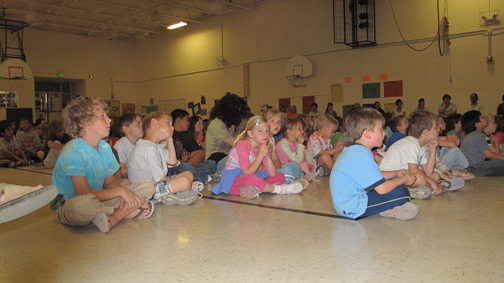 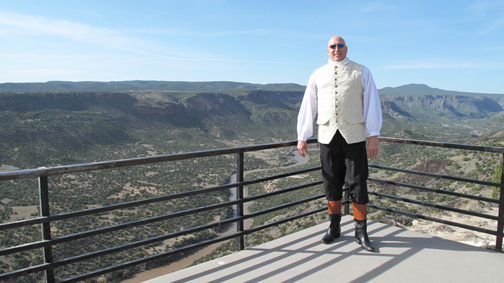 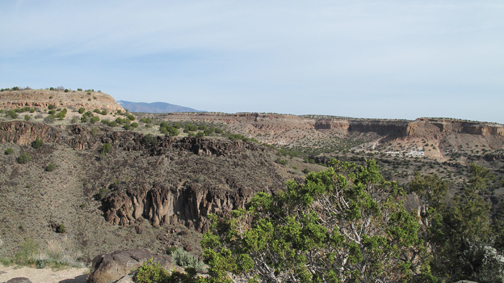 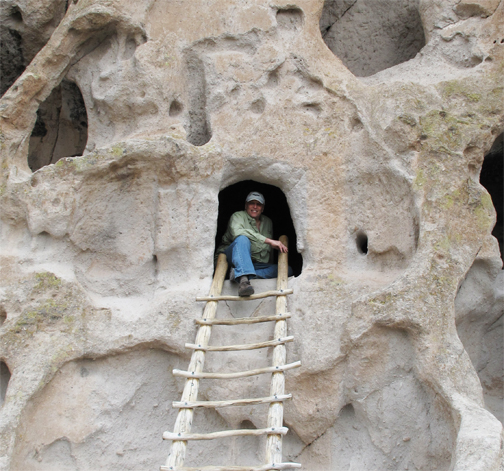 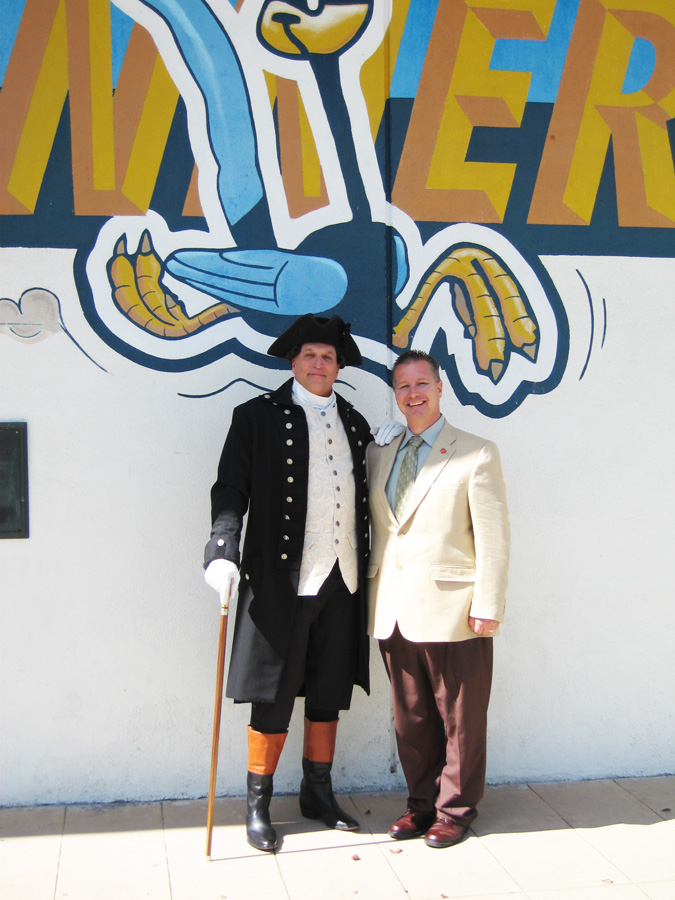