Patrick Henry was born in Studley, Virginia (Hanover County) on May 29, 1736. Henry beat the drum of freedom. He was influential in the American Revolution and is best known for his "Give me liberty or give me death" speech in 1775.

The American Revolution stands as a testament to the power of freedom and liberty. George Washington was the "sword of the revolution," Thomas Jefferson the "pen of the revolution," and Patrick Henry was the "voice of the revolution." Washington, Jefferson and Henry were critical players in standing up for the principle of individual liberty. Patrick Henry eloquently painted the picture of a government boot on the throat of individuals and his eloquence inspired colonists to steel themselves for the arduous trials of the American Revolution.

Mr. Henry first came to prominence when, as a young lawyer, he prevailed in a case known as the "Parsons Cause." In the "Parson's Cause" Mr. Henry's ferocious arguments against the colonial laws which necessitated the British Crown to first approve any colonial legislation launched him into public consciousness for the first time. Riding the tide of this popularity, he was elected to the Virginia House of Burgesses where in 1765 his Stamp Act Resolves were a radical swipe at British Authority in the colonies. Publication of his Stamp Act Resolves showered the colonies with his compelling arguments and made Patrick Henry a national figure. As a delegate to the 1st Continental Congress he declared, "I am not a Virginian, but an American." Those comments, combined with his earlier Stamp Act Resolves, served to make Patrick Henry a household name in colonial America.

Patrick Henry is less well-known today than other early American leaders because he regularly declined to take posts which were offered to him in the new national government after the ratification of the United States Constitution. He was, however, a veritable "rock star" in colonial America and nationally recognized as one of the key leaders of the revolutionary cause. 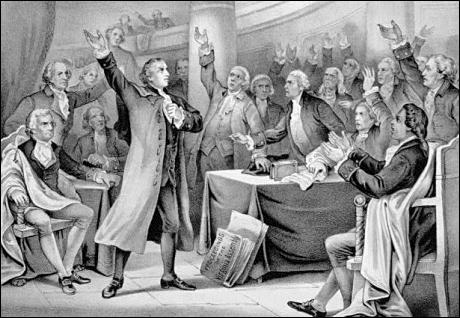 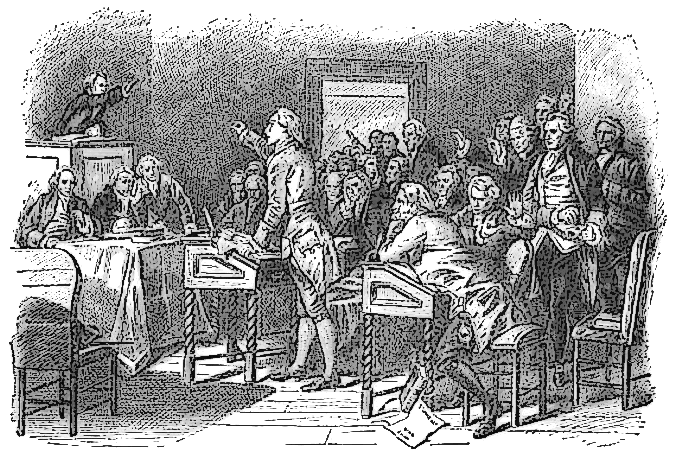 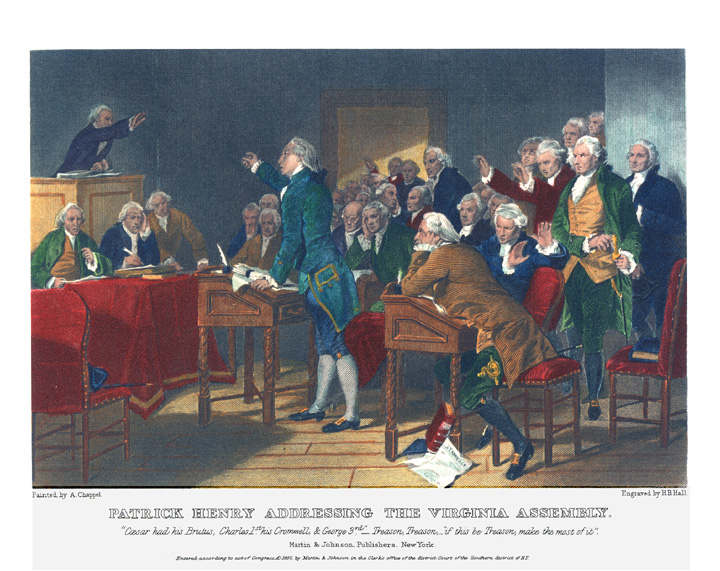 Patrick Henry Painting: "If this be Treason, make the most of it." 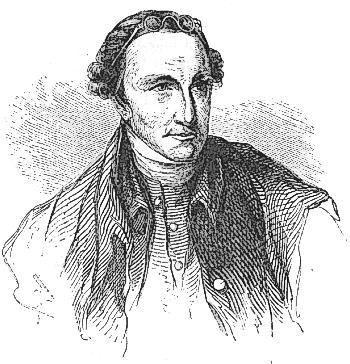 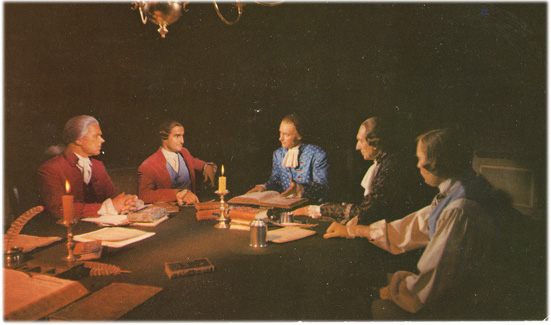 Patrick Henry and other patriots 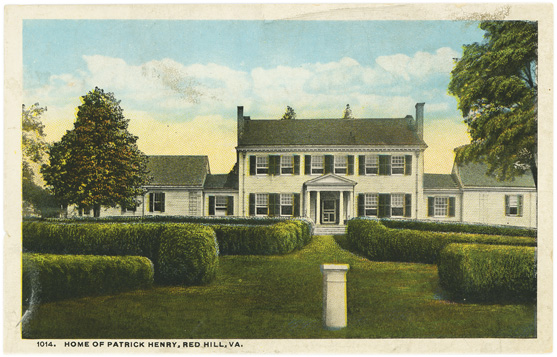